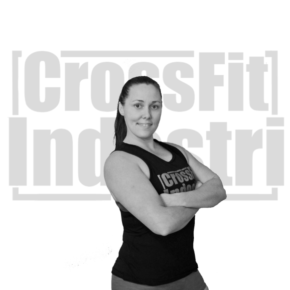 Born and raised in Collingwood, ON.  I grew up in the water and on the ski hill. Competitive swimming at a young age, lead to many years of lifeguarding/swim instructing.

My family owned a local insurance brokerage in town for 50 years.  When my father was diagnosed with cancer I joined the family business.
5 years after the loss of my father I sold the business and began a 5 year term as the Volunteer Run Director for the Canadian Breast Cancer Foundation CIBC Run for the Cure, Collingwood Run Site.  I have been a part of helping to raise over $1,000,000 for the Canadian Breast Cancer Foundation.
Receiving numerous recognitions for my work with CBCF.  All of which I am very proud of.
2009 Grass Roots Hero in On the Bay Magazine
2009 New Run Director of the Year – Canadian Breast Cancer Foundation
2011 Outstanding Volunteer Award
2012 Order of Collingwood recipient
As well as nominated in 2012 by Simcoe-Grey MP Dr. Kellie Leitch for the Prime Ministers Volunteer award.
After finding Crossfit in 2012, I was hooked.  The community inside a Crossfit box is something special, as is the Crossfit community as a whole.
I have been a part of the UG Series team since 2012, taking the photos at each event since the first Beach WOD event, and joining the team in a larger capacity the following year.
Proud of all that UG Series has done within the Canada East Community, I am most proud of our Women Strong event.  An event which brings together a group of like minded women in the sport of fitness to train, hangout and play for a weekend with elite athletes and coaches, Katie Hogan, Jenny LaBaw, Michele Letendre, Becca Voigt, Nicole Holcomb and Sam Briggs.  We’ve held this event twice, in 2014 and 2016 at Crossfit Indestri.
I have been lucky enough to attend the Crossfit games with my family every year since 2013 and developed many relationships in the community.
Proud wife and mother of two young girls, who have both been part of the Indestri Kids program since it began.
I’m proud to be an owner of Crossfit Indestri, and have the ability to touch peoples lives with Crossfit the way mine has been touched.